Photogrammetry is the science of making measurements from photographs, especially for recovering the exact positions of surface points.  Photogrammetry is as old as modern photography, dating to the mid-19th century and in the simplest example, the distance between two points that lie on a plane parallel to the photographic image plane, can be determined by measuring their distance on the image, if the scale (s) of the image is known (source Wikipedia)

How Does P.A. Miller Surveying Do It?

We fly our sites with our SenseFly eBee UAV (or drone) and image the ground with an onboard digital camera.  The images, and associated geo-referenced control targets, are post processed in PIX4D software to geo-reference, scale correct and build a 3 dimensional Digital Surface Model (DSM) and colour mosaic of the entire site.

How Can I Use the End Products?

Many clients are only interested in the colour orthomosaic as it is an excellent backdrop for any type of project.  Since it is geo-referenced it can easily be assimilated with projects where the datasets are also geo-referenced – for example,  legal survey drawings, topographic surveys and GIS data.  Where ground conditions are open and we can image the bare earth, we can produce some excellent contour datasets with typical accuracies ranging between 5 to 20 cm vertically.  We have been performing these surveys over the past few years for Topographic Surveys, Stockpile Surveys and Mapping Projects. 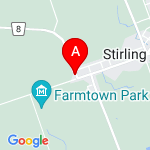 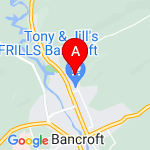